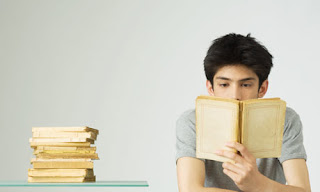 Love Comes from A Friendship

I had never felt a first love even when I was studying at the University. I do not know why it happened, maybe because I had too much to learn when in Senior in High School so I’d never find a love that truly memorable. When the initial study at the university, the love did not come because I was busy with a variety of activities on campus and was eager to pursue high score at the class. I was also not interested in girls around me or had a curiosity to know a woman.
At the beginning of university entrance, there was actually a girl who looked to have interest in me. She started to give a short message essentially that wanted to know me more. He continued to greet me through the short message. Oddly, she did not mention her real name and only mentions Initials. I was used to respond to a text message without knowing the identity of the person sending. Several times I talked to her about a few things through the short message. However, I had a sense of boredom with the situation and was eager to find out her real name.
I do not like the little people who continue to conceal the identity and so curious to know. One time, I got to know her because I called her by phone. I was not far from her, and she realized that I was on the phone. She was very shy and did not want to say hello again to me via text message on mobile phone.
After that happening, I no longer found things related to love and I did not have interest about love. My friends say that I had changed and got to know a woman. They even made a fun of me by saying that I did not have the ability to pick up a woman. But, I did not care about anything they say. For me, a love comes in a beautiful way and should not be imposed.
One time, I found the first love and a true love of my life. The woman who became my first love was my a classmate but we had not known each other very well. When in the class, we only just greeted each other and did not have any interest. Though we were in a class almost every day and engaged in the same lesson. There was a story that is so unique and our friends did not believe when we were in love because we had been in the same class within 2 years.
The love was present when we are sitting close together in a place and there was one of our friends started teasing each other as if we liked. At first, we felt ashamed because it continued teasing. However, from that teasing, I kept getting a sense of confusion. I kept thinking about her every day even in every single time in my life.
Then, I began to know her through a text message that I sent. When the first short message sent, I got a response and I kept talking to her through a text message on mobile phone. I found hard to sleep and kept thinking about her. Finally, I decided to express love to her, and she received with a very happy feeling. Up to now, I became her life companion and want to continue to be close until death separates us.
Itulah contoh cerpen bahasa Inggris yang cukup menarik untuk disimak, berkisah antara dua orang yang baru mempunyai rasa cinta meskipun mereka telah bertemu dalam periode waktu yang sangat lama.